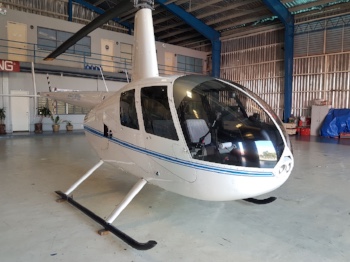 Philippine Adventist Medical Aviation Services uses air support to provide medical care and education to the indigenous populations in remote islands and mountainous areas. PAMAS currently operates in three strategic areas throughout the country. It owns and operates four airplanes and one helicopter.

A second helicopter is urgently needed for the medical aviation work in Luzon. This proposal is for the purchase of a helicopter that can access the remote and mountainous areas. 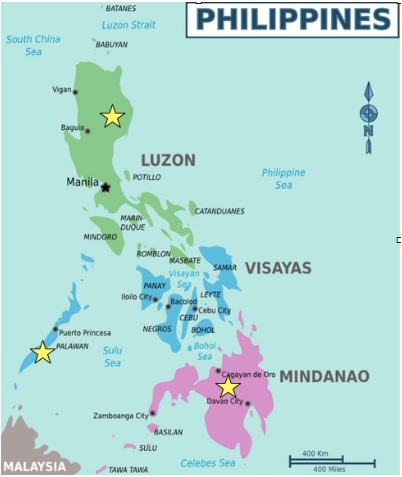 PAMAS is a unique ministry in several ways. First, it is the only air medical evacuation service of its kind in the Philippines that is available to everyone regardless of their financial resources. Secondly, it operates by faith, through donations, and is solely staffed by volunteers. These volunteers share the same passion to carry the great news of the Gospel to the world.

PAMAS was established in 2007. Dwayne Harris, a helicopter and fixed-wing pilot/mechanic, was inspired by Gospel Ministries International to help start a much needed aviation ministry in the Philippines. Dwayne has been directing the ministry from the start and with the help of many volunteers the work has grown and expanded to cover three main areas of the Philippines with air support in Palawan, Luzon, and Mindanao.

PAMAS currently has 5 pilots and operates one R44 II helicopter and four airplanes. These include a Cessna 172, 182, and 206, and a Piper Twin Comanche. More than 700 flight hours are logged by volunteer pilots each year, with 80% of the flights being medical evacuation cases.

Early in 2017 PAMAS partnered with the Philippine Department of Health in Palawan to continue PAMAS’s service of providing aviation medical evacuation services to remote islands and mountain villages. In return, they provide help with fuel costs. This has not only saved lives but widened PAMAS’s sphere of influence.

PAMAS has been using helicopters since 2007 to spread the Gospel, especially in remote areas without adequate medical care.  Because of the rugged mountainous terrain on many of the Philippine islands, it makes it difficult or impossible to build airstrips or even roads to access the indigenous people living in these areas.  It is only through the use of helicopters that these areas can be quickly accessed in emergency cases, and support can be given to the missionaries serving there.

PAMAS currently has an airbase with a hanger in southern Palawan where an R44 II and two airplanes are based.  The second airbase is in Northern Luzon where the Cessna 182 is providing air support to the surrounding regions. This is where the next helicopter will be based. This proposed second helicopter would complete our air support coverage of Northern Luzon with the much needed access to the vast, mountainous, jungle areas. 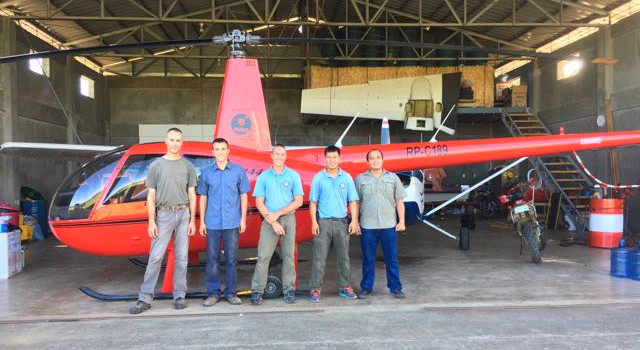 A 2008 R44 II has come up for sale in the Philippines for $120,000 USD.  This helicopter was imported to the Philippines in 2009 and has been maintained and piloted by an experienced pilot and mechanic since it was imported. This aircraft has been flown 2100 hours since it entered the country and has 100 flight hours remaining before it needs to be overhauled. This is an excellent value for a helicopter in this condition in this country, considering it still has 100 hours remaining. The core value of an R44 II helicopter in need of overhaul ranges between $100,000 and $120,000. After the remaining 100 hours are flown, a mandatory overhaul would be due, at which point an additional $209,445 would be needed for the overhaul cost.

This helicopter will have to be overhauled within a year so an additional investment of $209,445 will be needed soon after it’s purchase. A couple of experienced helicopter mechanics have volunteered to come to the Philippines and overhaul the helicopter for PAMAS. The combined cost of the airframe plus the overhaul kit equals $329,445. This would provide a virtually new helicopter that will be good for 2,200 hours or 12 more years for about a $100,000 less than buying a new one.
BUDGET

On behalf of PAMAS, thank you for your interest and prayers for this ministry and the people who are being reached for Christ. Please consider a gracious contribution to help purchase this urgently needed helicopter to provide medical evacuation and support services for the Philippines.

U.S. tax deductible receipts can be made through Gospel Ministries International
Make checks payable to:

(Be sure to specify your donation is for “PAMAS helicopter”)
PAMAS Website:  pamasmission.org